Danial Adkison of the NYT, wrote a brief description of life in Nkinnen, excepted here:

MADZONA
Nkinnen, Gabon Danial Adkison
"..., in the Gabonese village where I lived as a Peace Corps volunteer.

The Central African sun always set at 6:30, give or take a couple of minutes, at 1 degree 57.1 seconds north of the equator. The light faded behind the trees, and the thick, cool dry-season mist the villagers jokingly called snow descended on the hills like a soft flurry. The women had returned from the forest clearings where they grew manioc, corn, squash, and peanuts, and were starting fires in smoke-filled, dirt-floored kitchens. The kids, done with school, joined their moms and aunts in the kitchens, while the men gathered in a long, open-walled communal structure in the center of the village. The nightly symphony began.

The news, in French or Fang, blared out of a tinny transistor radio propped up on a bench. Many of the men smoked cheap, filterless cigarettes; the old men puffed marijuana they grew in the forest, in joints rolled in whatever paper they could scavenge: scraps of cement bags, mailing envelopes, old documents or cardboard boxes. The day’s work was done, and the conversation built like the rumble of an approaching rainstorm drumming on the leaves and metal rooftops.

The sound of Fang was unmistakable. To an English speaker, it could sound like a record being played backward, the accents falling in unexpected places, the tones rising or dropping in syncopation, a blend or diphthong drawn out and suddenly broken off like a gooey piece of pounded manioc root. As specks of kerosene lantern light appeared in doorways and windows, the music of conversation crescendoed: The men’s voices were the drums, the women were the xylophones, and the kids the rattles. The leitmotif of this symphony broke through the harmony every few minutes with a staccato demand: madzona!

It’s really three words: I say that... Ma (“I”) dzo (“say”) na (“that”). It means: Listen to me. I’m saying. I declare! It commands attention. It changes the flow of a conversation. For a Fang speaker, madzona is the tiller of the conversation, as pervasive as “If you ask me...” in English. But for me it seemed more like the conch shell in The Lord of the Flies. When you possess that shell, you have the right to speak, and everyone is bound to listen to what you have to say.

The dueling demands for attention start to sound like an argument—even when it’s a conversation about, say, how pretty the stars are tonight. The word so pervades life in northern Gabon that when I adopted a puppy and was pressed to give him a name that people could easily pronounce, I announced he would be called Madzona. “You can’t name your dog that,” the men of the village counseled. “You should call him Max, or Rocky.” But I ignored their advice, and his name was a hit. When I called him, heads perked up to see what I had to declare—usually it was just “C’mere!” I’m surprised nobody in the village named a dog "C’mere" as payback to my linguistic usurpation." 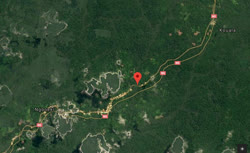 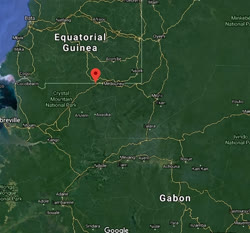